Today I found a problem when using Audacity: when I concatenate 2 mp3 audio files into one mp3 file, one of the two parts in the concratenated file sounds very odd, like being played in a very slow velocity.

Actually what I did is to open the two files in Audacity, select all of file-2, copy and paste it at the end of file-1. After that, the file-2 part in the concatenated file got the problem I described. I tried another way: copy all of the file-1 part and paste it to the beginning of file-2, the same problem happened except this time the file-1 part in the concatenated file sounds like being played in the a very fast velocity.

I tried changing the format of the two files from mp3 to wav and concatenating the wav files, and I got the same problem. And I also tried using the same zoom rate of the two editing windows(It will be ridiculous it it works, but I did try it). Neither of them works.

And the fix is simple when I know the root cause: change the sampling rates of the files to make them using the same value, such as 44100Hz, by choosing it in the dropdown list of the Audacity file window in the left-bottom corner, like this: 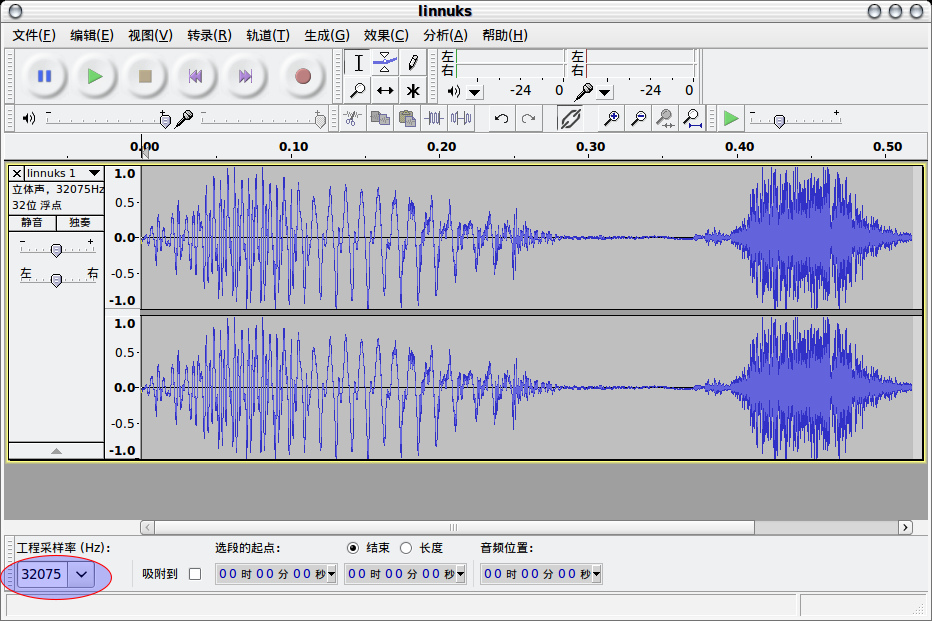